With unsurpassed connections to commuter rail service, the subway system, the West Side Highway, the Lincoln Tunnel, and ferries along the Hudson River, Hudson Yards is at the center of the metropolitan region. 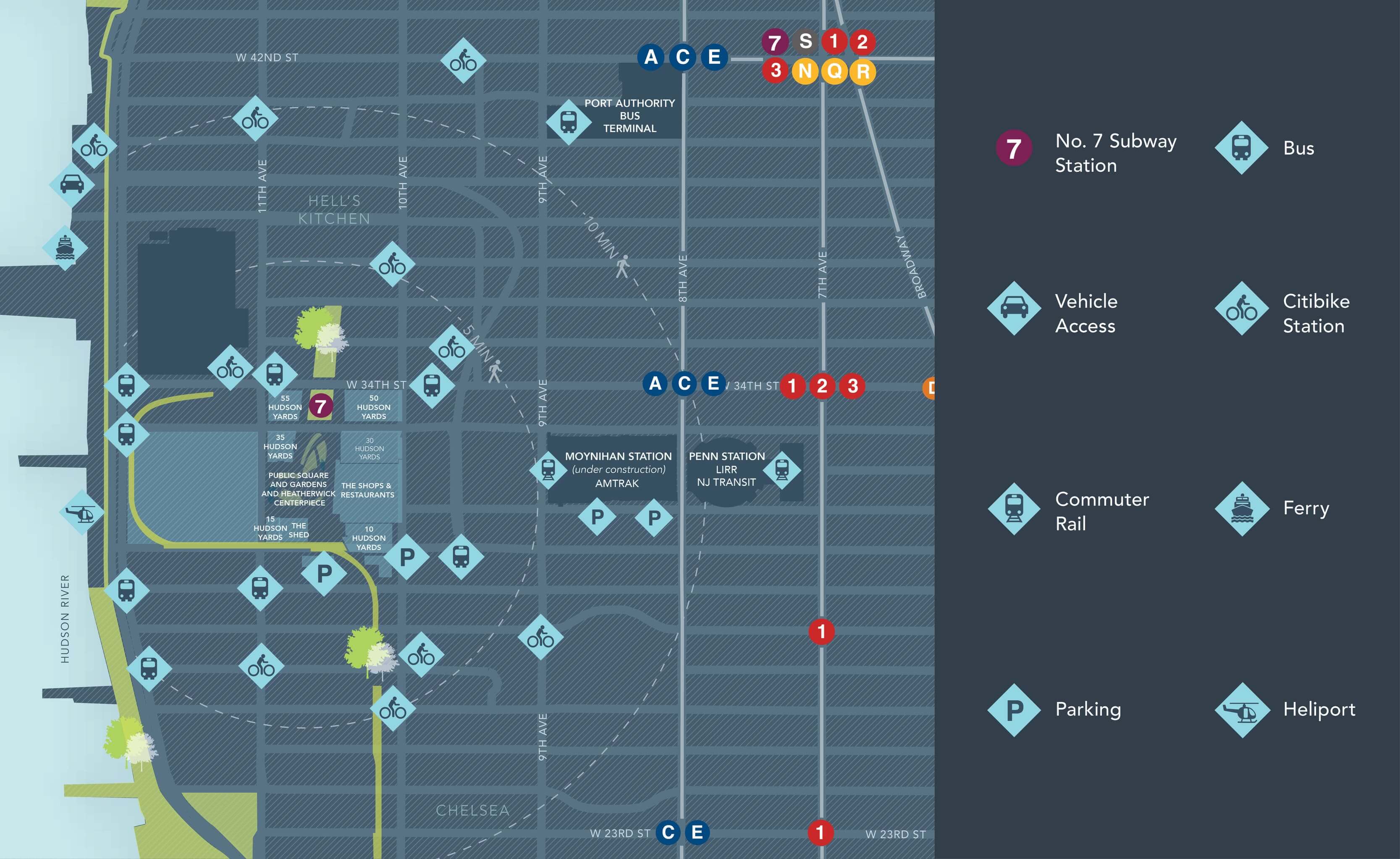 How to Get Here

Hudson Yards is located between 10th and 12th Avenues from West 30th to West 34th Streets.

The No. 7 Subway is the main conduit to and from Hudson Yards. It connects to Times Square and beyond from an eye-catching new station, located steps from the east lobby across Hudson Park.

The Midtown ferry terminal is at West 39th Street and the West Side Highway.

Drivers can park at 10 Hudson Yards, Abington House, and One Hudson Yards, which are all along West 30th Street between 10th and 11th Avenues. To view neighborhood parking garages and special offers here.

The Air Pegasus Heliport is at West 30th Street and the West Side Highway.

Hudson River Park along the West Side Highway offers the best approach for bikers, north or south. The nearest CitiBike station is at the Northwest corner of West 34th Street and 11th Avenue. Daily bike storage is available on site.