“It’s amazing, just extraordinary!” exclaimed Richard Quest, a news anchor at CNN International, after scaling City Climb, atop 30 Hudson Yards. “You look down and it doesn’t look real.” Quest’s open-air ascent—the highest in the world at more than 1,200 feet—was broadcast during Anderson Cooper and Andy Cohen’s New Year’s Eve Live. “I thought: I don’t like heights; I won’t enjoy it,” Quest told the co-hosts from his lofty perch. “But this is outstanding—the freedom, the opportunity, the wind… . Doing the City Climb is worth it, just to stand there and go aaahhhhh!” 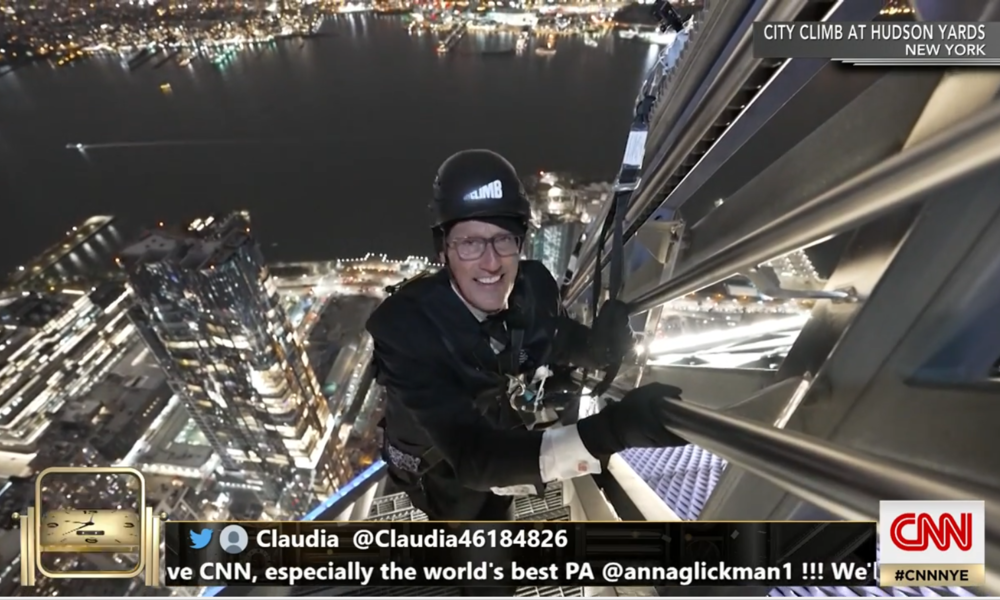 Of course, you don’t need to be a CNN correspondent to experience City Climb. All you need is a ticket (cost: $185) and a dose of bravery. You’ll get buckled into a harness that in turn attaches to a rail that runs along the perimeter of the building’s crown. Trained guides accompany each group as it traverses a series of platforms that offer unimaginable views.

Quest wasn’t the only one to welcome the new year at City Climb. Eight other lucky thrillseekers—selected randomly from the digital queue—got the chance to lean out over the city at the stroke of midnight. One of them, Amy Maldonado, had already experienced the magic. Though she traditionally celebrates with her family, she didn’t hesitate to make the trip from Massachusetts to make a second ascent. “Initially, the idea of spending New Year’s Eve with strangers felt weird,” said Maldonado. “But I'm glad I did it. Looking at the fireworks and Times Square from up there was beautiful.” 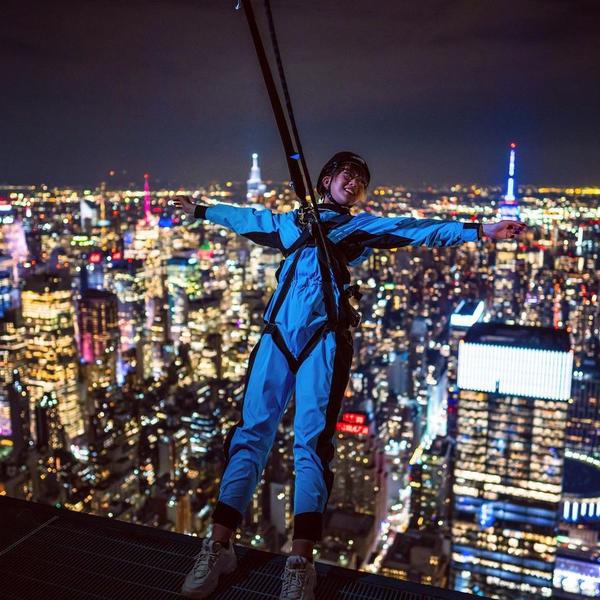 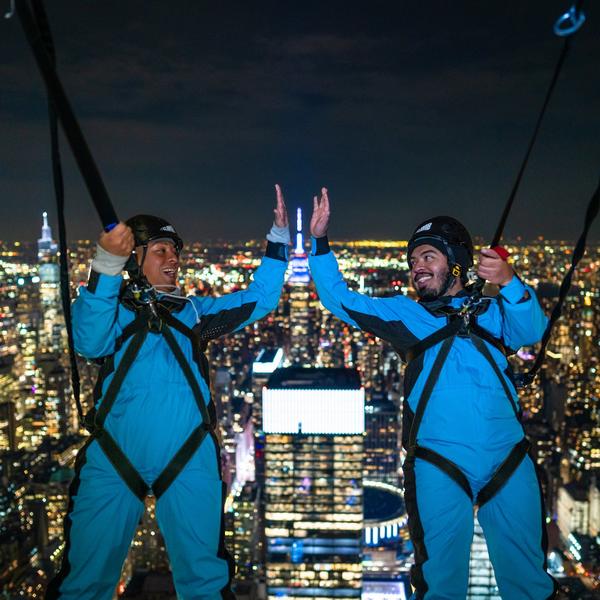 For fellow Midnight Climber Lori Parks, the outing was well beyond her comfort zone, and that was exactly the point: “I was excited to start the new year in a new way—and I’m hoping this leap of faith will continue throughout 2022,” she said. New York City native Nida Ahmed had originally planned to watch the ball drop in her PJs. “As a therapist, I’m always trying to advocate for my clients to live their best life, and what better way to do that than to try different experiences!” she explained. “It was life affirming, beautiful and terrifying! I would describe New York City as my first love and seeing it from the perspective of a climber, over a thousand feet above the city, was indescribable.”