Find the Best Burgers in NYC at Hudson Yards

Taste of Hudson Yards kicks off with five takes on the summertime staple.
Posted on: June 13, 2022

Nothing shouts summer like a juicy burger hot off the grill. Which is why five favorite eateries are serving up their unique takes on the American classic to kick off Taste of Hudson Yards, a months-long celebration of restaurants throughout the neighborhood. Read on to see what’s on the menu and where to satisfy every kind of burger craving.

Explore all Get a Taste of Hudson Yards classes & tastings, special events and menu offerings HERE.

For a classic take …

This seafood-shack on the Public Square & Gardens transports you straight to the boardwalk with a cheeseburger coated in Jibs’ signature sauce and crowned with pickles and griddled onions. Paired with chips and a cold beer, it’s the equivalent of a day at the beach—minus the sand in your shoes. 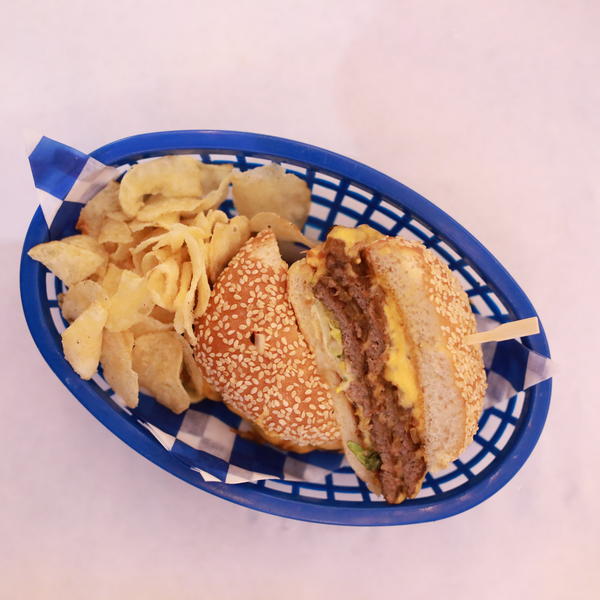 For a European twist …

The Txule-Burger—named for “txuleton,” the Basque word for “ribeye”—is a smoky delicacy infused with Spanish flair. It’s cooked over the embers of a charcoal-fired oven, nestled between two toasted, buttered brioche buns, and topped with yellow cheddar cheese. You can also expect accouterments not found anywhere else: a “not-so-secret” sauce that combines mayo, Brava sauce, mustard, and Valentina, a Mexican salsa picante, and lightly-pickled Basque chili peppers called piparras. Leña’s chef recommends the traditional side of fries, but only with mayo or aioli: “No ketchup please!” And to drink, consider a Ribera del Duero red wine. “You are eating a 60-day-aged ribeye at the end of the day!” 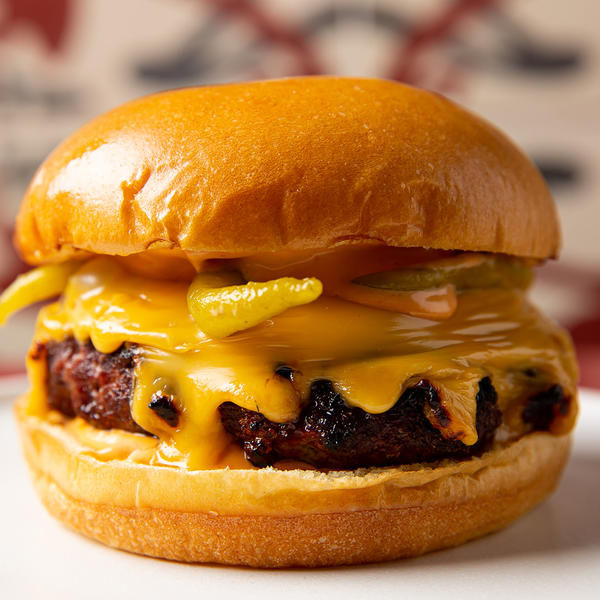 For indulgence on a bun …

A great burger always starts with a great patty, which in this case means eight ounces of pasture raised Angus beef. Classic American toppings—lettuce, tomato, onion, and (housemade) spicy pickles—are accompanied by Welsh Cheddar (sourced locally from 5 Spoke Creamery in Goshen, N.Y.) , smoky strips of bacon, and a proprietary “Churchill” sauce. But the real star of the show is a slathering of Benton’s Bacon Jam, made in-house from Tennessee smoked bacon with earthy notes and a kick of jalapeño. 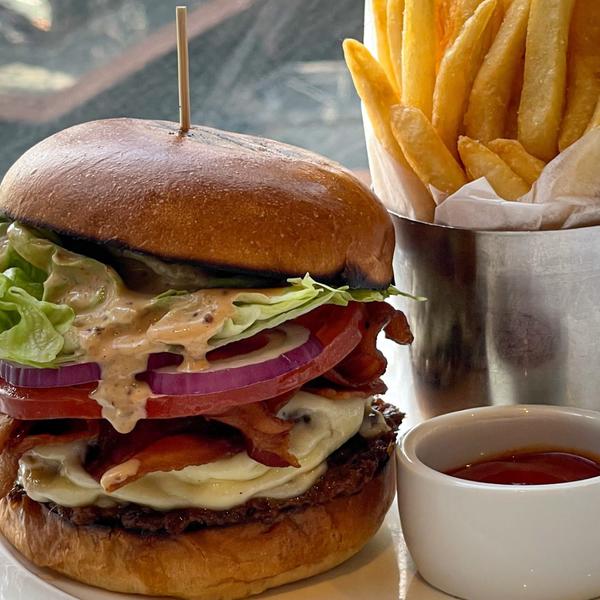 This mouthwatering sandwich has everything you want in each bite: perfectly seasoned meat with a nice, charred exterior, crisp lettuce, tomatoes and some creamy and tang that bring everything together. The patty, which was custom-developed in collaboration with celebrated American butcher Pat LaFrieda, is complemented by all of the above, plus onion jam and zingy pickles. The result is a fresh, flavorful burger whose simple ingredients speak for themselves. 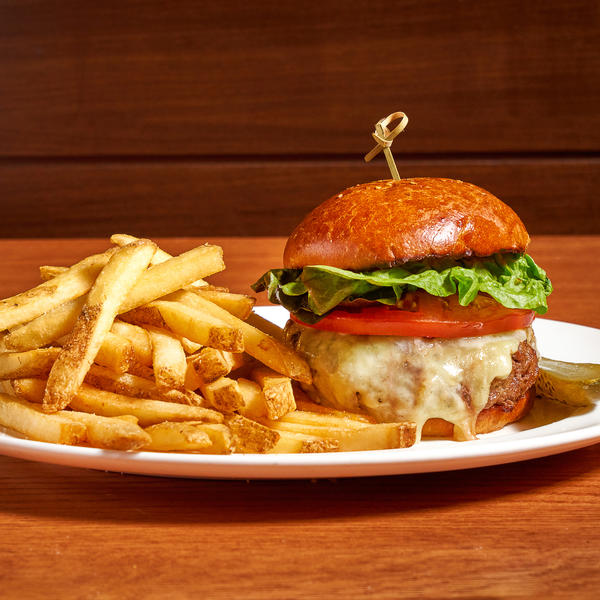 For a global gobble …

This Middle Eastern makeover of a cheeseburger starts by stuffing the cheddar cheese inside the beef. That’s seared on one side, folded in half and tucked inside a pita along with savory garlic aioli, rich sour cream, fresh tomato and pickles for a hit of acidity. It’s such a hit, you can find it at Miznon spots from Vienna to Singapore to Tel Aviv. 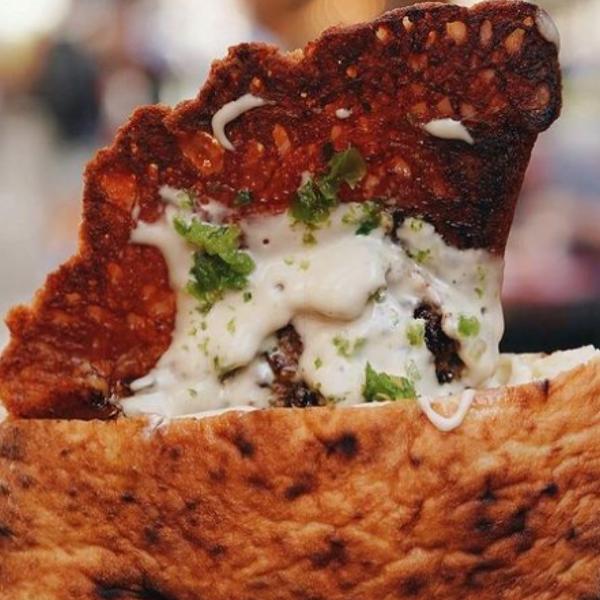